How Apple Can Destroy a Business in 1 Day Without Warning

Four weeks ago we received a letter from Apple saying that they had terminated our account and had deleted our app from the AppStore effective immediately.

There were no warning letters, no complaints, no unanswered reviews, no open discussion in The Resolution Center.

In only one letter Apple ceased our business on the AppStore and kept the reason unsaid.

All correspondence is attached to the article.

Despite the blocking of LUMI, all users who already had the application installed are entirely safe, and all user assets are protected. Also, all functions of the wallet work stably. But new users can’t install a high-quality wallet, and all users cannot get the latest updates that have already been released on Android.

What Happened and the Story Behind It

We founded Lumi Wallet in 2017, its first iOS release was in December 2017. Its mission has always been to develop a transparent non-custodial crypto wallet software that allows users to generate private keys for different coins securely and privately. Lumi core is open-source software available on the public Github. We were one of the first real products on the market to provide a high-quality app with an easy and smooth interface combined with high standards of security and functionality.

We have been actively developing our product for the last three years to keep a top market position. Our team grew month after month, along with the market demands and issues that needed to be addressed. Lumi Wallet was a Top-3 Bitcoin wallet on the US AppStore for the last several months receiving thousands of new users and gaining and bigger and bigger market share.

Since the end of 2020, the market had booming and Lumi had got more attention both from users as well as investors. We were preparing a big new release with an updated interface, but on May 27, 2021, we received an email from Apple that they removed us from the AppStore.

The Notice of Termination

At first we thought it was a phishing letter, as it was too bad to be true and it was asked to login with a link. When we entered the owner Dev Account it had been suspended and showed a support feedback form.

At the same moment, we tried to reach the support team, but it was right at the end of support working hours. It felt like a mockery.

We have carefully reviewed the ADP License Agreement.

“…f) You will not, directly or indirectly, commit any act intended to interfere with the Apple Software or Services, the intent of this Agreement, or Apple’s business practices including, but not limited to, taking actions that may hinder the performance or intended use of the App Store, Custom App Distribution, or the Program (e.g., submitting fraudulent reviews of Your own Application or any third party application, choosing a name for Your Application that is substantially similar to the name of a third party application in order to create consumer confusion, or squatting on application names to prevent legitimate third party use). Further, You will not engage, or encourage others to engage, in any unlawful, unfair, misleading, fraudulent, improper, or dishonest acts or business practices relating to Your Covered Products (e.g., engaging in bait- and-switch pricing, consumer misrepresentation, deceptive business practices, or unfair competition against other developers); and…”

And it was completely incomprehensible how we could have breached it, since we 100% did not commit any of the indicated violations:

We have found tens of threads on the Apple Developer Official Forum. In most cases of termination citing the same Agreement Section, the developers didn’t know the real reason behind it.

Some cases told us that the only thing we can do is to try our best to reach a human being from the internal department of Apple Developer Program.

We talked for almost 2 hours with the senior support manager, going rounds that “the reason is said in the letter,” “the support team has no access to the internal department and cannot help with such cases,” “no, we cannot connect you with them.” Two hours later, the support manager agreed to send us a link to reach the internal department and to argue the termination via email.

On the next day, May 28th, we received a letter from devprograms:

I am not sure if it was thanks to our call, or if it was the basic response to the request form on a suspended owner account that we submitted.

Our response to the charges

It was Friday evening, we decided to answer on Monday in order to not get stuck on the weekend. We have tried to say that no such breaches had ever been done by us, and that we have thousands of users right now that are suffering, not to mention our business losses from ceased activity, decrease in market share, reputation risks, and capitalization value collapse.

There was no answer for 3 days, so we sent a follow up email:

That day the answer was prompt and cruel.

Wow!
A very short and cruel answer without any clarification.

Currently, the capitalization of the Lumi brand reaches the tens of millions, and such termination collapses the value of the company by at least half.

Lumi is a fair and respectable business with a trustable brand that aims to grow and flourish.

Apple does not play very transparently.

What is the real reason for termination?

Referring to section 3.2 (f ) is a sort of come-off to hide the real reason.

Lumi definitely has never addressed unfair competitions (which cannot be said for Apple), has never manipulated the App Store and has never been dishonest to our users or partners.

We strongly believe that any termination must indicate a specific act of breach, otherwise, such an opaque environment leads to very high risk for all businesses that are currently using the App Store for app distribution.

Here, today, we urge the senior managers of the Apple Developer Program to contact us directly to start a dialogue.

If your team was not happy with any of our actions, we are here to solve it and to continue working together. If not, as was said in our latest email, we insist on providing us with relevant documentation or information indicating the specific breaches of the Agreement for the pre-trial preparation for the case that we will apply to in the court of the Northern District of California (as stated in Section 14.10 of the ADP).

So, why does a large company not support its core principles, described on the company’s main website:

“We created the App Store with two goals in mind: that it be a safe and trusted place for customers to discover and download apps, and a great business opportunity for all developers”.

Now everyone should have only one question in their heads: how can we trust the platform if every business could potentially be destroyed in one day? Without explaining the reasons and without the right to an open dialogue?

If we really violated any of Apple’s rules, then we would like to see the evidence. We won’t bury our heads in the sand. We are here and we are ready to answer all claims from Apple.  We are ready to cooperate and provide all possible documents and data to prove that our company is developing in honest ways.

We are ready to fight for our product. We hope that everyone that can somehow help us will stick by us, and that we will regain our position and be able to please our users with new updates and features. 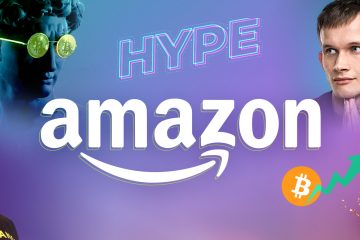 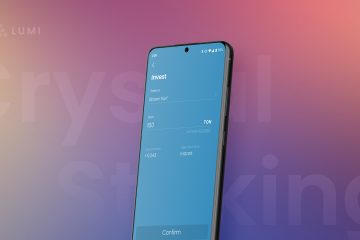