It’s been two weeks since our update to buy cryptocurrency via Apple Pay. The news spread across all sources, reaching more than 110 million readers of various media. Many iOS users have already tried out the new feature, and we have received tons of positive feedback from our users. On Friday, some countries celebrated Christmas, and we sincerely wish you a happy holiday!

Very soon, 2020 will end, and we hope that 2021 will be full of new impressions, new technological advances, and, of course, stable growth and acceptance of cryptocurrency in the financial market. For the past week, Bitcoin has been hitting all historical highs. Now the value of BTC is at a new peak of $27,500.

Since we launched the Apple Pay feature we’ve gotten tons of positive feedback from our users and the crypto community. Hopefully if you are an iOS user you are already trying to BTC your favorite Read more… 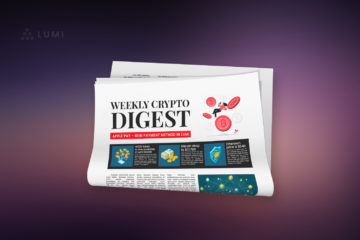 We‘ve worked hard to release this feature and it’s finally happened. From December 11th, our iOS users are able to pay for crypto via Apple Pay. No more KYC verification, just enter the amount and Read more…