What is SegWit and how it affects you as a user?

If you’ve been crypto-curious you’ve probably overheard people talking about SegWit. In case you’re still wondering what that is or why it is important, we’re here to shine a light on the topic.

Like any other invention, Bitcoin has never been completely perfect. Since the beginning enthusiasts were looking for its flaws and suggested the improvements. One of the major problems used to be transaction malleability.

What on Earth is that?

BTC transactions are being sent to the blocks. Each block has a limited size of only 1 MB. Within every transaction, there is also “a code”. Inside this code (besides a bunch of other stuff) you have two major pieces of information. They are your public key and a signature, that can be also referred to as a Witness, and you need both of them to confirm a transaction. And that’s where the first problem lies – those signatures were not immune. Anyone could modify them and change the transaction identifier. The whole process would be compromised.

But that’s not it. Another issue is that blocks are too small for an increasing amount of data. If you cannot make them bigger, you have to find another way. Otherwise, the speed and cost of every transaction skyrockets. That’s called bitcoin scalability problem.

That’s not fun! What can we do?

Don’t panic, it’s all been sorted out already. SegWit, short for a segregated witness, was that alternative solution. It stores the signature information outside the base block and as a result transactions weigh less. Blocks become lighter and transactions safer, cheaper and faster. Everyone’s happy.

On top of all that, SegWit is a “soft fork’ that simplifies its implementation.

Yes and no. SegWit has been criticized by some users for offering a temporary solution for a long-term problem. Miners and other Bitcoin services like exchanges and wallets were not very happy with transaction fees going down. It even caused some hard forks – one of which is Bitcoin Cash.

But for a regular user, SegWit is good news. Not only it saves your time and money but also brings more security in all BTC (and Litecoin, Digibite etc.) transactions you make.

If you want to continue impressing friends with your crypto knowledge, make sure you won’t miss any geeky posts from Lumi. Subscribe to our Twitter and Facebook, take part in our Telegram public chat and Reddit discussions. Stay smart. 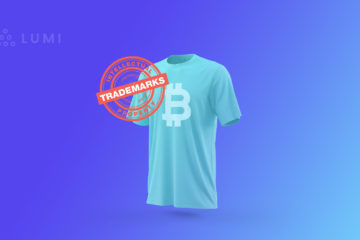 The Turmoil over Bitcoin: Who Owns its Trademark and Why?

Does anybody own Bitcoin's trademark? If so, how are they using it? We've analyzed the most popular cases on Bitcoin copyright.

The Biggest Gold Scam vs the Biggest Cryptocurrency Scam

Crypto space has its scammers and so does the traditional financial world. What are the most outrageous scamming schemes you can remember?

Check Your Crypto Wallet Balance: Are There Enough Coins for a Ticket to the Moon?

What's cooler than buying a ticket for a space shuttle that goes to the Moon? How about paying for it in crypto? But how much will it cost?