Ethereum, a heavyweight network of the present-day blockchain landscape that goes far beyond payments, is a few steps away from its landmark transition. The launching of Ethereum 2.0 has just been approved, and the community, as well as casual observers, are counting the days until the event takes place.

The new Serenity update is an anticipated necessity as Ethereum’s competitor blockchains, like EOS or TRON, have been doing their best to outperform the Ethereum network in terms of speed, transaction costs, number of new users, and even decentralized applications built on top of it.

Meanwhile, Ether, the second-biggest altcoin on the crypto market capitalization chart, is finally breaking the falling wedge pattern and there are already a few new predictions that suggest it can turn out to be an investment of the decade. And there’s no shortage of skepticism either:

Price predictions might be a tough and, frankly, controversial business, but they become a lot more rational when based on the practical use of blockchain technology and changes, updates, and the general state of the market.

So What Affects the Price of Ether?

According to DappRadar’s 2019 industry review, Ethereum retained its supremacy as the main blockchain for smart contract implementation. The network demonstrated an impressive increase in its daily user base within the dapp ecosystem of 118%. The daily value has also risen up 166%.

Although for Ethereum, 2019 was a year of building and developing marked by a huge expansion of the dApp market, that didn’t make a tremendous impact on the price of Ether. In fact, Ether showed a moderate growth between $150 and $180 and only the swift-flowing bullish trend in June allowed the price to rise up to $351.

There are a few possible explanations as to why the price of Ether was not increasing.

The question is whether a similar moderate trend will continue during 2020 or will the price of Ether finally make a move. To answer this, we need to analyze a few widespread sentiments in the crypto community.

Apart from hosting an impressive number of exchanges, games, and gambling dapps, Ethereum paved the way for the flourishing industry of decentralized finance (DeFi). The beauty of this business sector lies within the underlying concept behind it, which is often referred to as a Lego constructor. DeFi consists of multiple layers of decentralized protocols and tools that can be combined according to the needs of the end-user.

The DeFi space still young yet very promising, and is viewed by many as an indicator that Ethereum, and consequently the price of Ether, are going to do well in the long run. Another interesting observation, made by Coindesk’s Brady Dale, is that with DeFi, Ether often ends up being locked in their apps. So if the total market value rises, the value in Ether will immediately follow. With the current positive Ether price movements, the DeFi market is estimated at more than $782 million.

In an interview with Coindesk, Robert Leshner from Compound Finance mentioned that a lot of funds that end up in the DeFi space are brought there by traders who need liquidity, so they eventually can beat the market.

“Ether is the primary form of collateral used to do other stuff.”

Regardless of the practical role of Ether within the DeFi scene, it is good enough that this cryptocurrency is tightly bound to the development and governance processes that fuel the industry, and that’s always a positive point for the coin’s value.

Apart from the three arguments that we’ve shared above, there are some fundamental technical challenges that the Ethereum blockchain has to deal with until money from new institutional investors starts flowing in.

Scalability is a burning issue that affects the entire blockchain space and Ethereum has been dealing with it since day one, and Vitalik Buterin has no illusions about the issue:

“Scalability is a big bottleneck because the Ethereum blockchain is almost full. If you’re a bigger organization, the calculus is that if we join, it will not only be more full, but we will be competing with everyone for transaction space. It’s already expensive and it will be even five times more expensive because of us. There is pressure keeping people from joining.”

Transaction fees may be relatively low (when the network is not overloaded) but if you need to make a series of them, that’s when the costs add up.

On the other hand, the Ethereum 2.0 update is meant to bridge over the technical difficulties.

And there are always those who each and every year predict the global crash of the entire cryptocurrency market (sometimes to the extent of blockchain tech wreck). They see crypto as yet another bubble that will eventually burst and the industry will sink into oblivion, bringing Ether with it.

But as far as we’re concerned, over-dramatizing holds little value, that’s why we’d rather check the price predictions of seasoned crypto traders, experts, and analysts and try to get a feel for the prevailing tone about Ether in the crypto community.

CryptoWolf: Ether as an investment of the decade

In one of his recent tweets, a relatively unknown crypto trader CryptoWolf made a snap suggestion that Ether will continue to grow gradually in the future. By comparing the charts of Ether and Bitcoin, he made a statement that the two cryptocurrencies have a lot more in common than we think. Although his chart-based prediction is quite controversial and it doesn’t necessarily mean it’s going to work out this way, the similarity is quite curious.

Crypto Twitter reacted the way it is supposed to: Ether fans loved the prediction, skeptics found it absurd to determine the decade-long investment based on a questionable price graph.

The tweet has definitely received the attention it aimed for, after all, isn’t that what social media is all about?

Another Twitter analyst, Crypto White Walker, is betting on what Ether will do going into the fourth phase of the trading cycle, which is depression. This basically means that one should prepare for a period of losses and forget about gains for a while.

Crypto White Walker drew parallels with 2017 when Ether drastically fell down in price just to skyrocket some time after.

“I think it’s heading towards 110 next and double digits from there but the best part is we will see 4digit eth again next year.”

Today, four-digit Ether may sound more like wishful thinking, but some enthusiasts are not afraid to aim much higher.

Eccentric trader Bitcoin Macro seems to be one of those Ethereum supporters who love to make opinionated price predictions. In a tweet addressed to Ethereum haters, he suggested that during the next bull run Ether will reach the $10k mark.

Unsurprisingly a lot of commentators doubted this theory but the OP continued to stand his ground and made a point that there’s a good reason behind his wealth. His bold prediction even managed to trigger Calvin Ayre, an avid Bitcoin SV proponent, who criticized the tech behind Ethereum and claimed it’s going to die in 2020, unlike Bitcoin SV.

A friendly piece of advice: whatever you do, do not take these Twitter wars seriously. Sometimes it’s not about price predictions or technological progress but mere hype, reposts, and attention.

The trader suspects that the price of Ether will first drop to the $100s, but that will be the start of a new bullish trend. Even if there is a brief period of  upwards trend, Ether could only go to $150-160.

At the end of 2019, crypto trader and analyst Crypto Michaël noticed that the price of Ether was signaling bullish divergences that marked the bottom on significant support.

The trader was positive that a breakout is almost ready and said that a kick-off should be expected in Q1. In his graph, he aims for the $360 price mark, and looking at what’s happening with the price of Ether on the present-day crypto market, he might be not that far from the truth.

A lot of people bet on Serenity, Ethereum 2.0, which will hopefully launch in the first quarter of 2020, not only because of the advanced engineering improvements but also in hopes that the price will react accordingly.

The main improvements include the following:

Proof of Stake will replace the energy-consuming Proof of Work consensus algorithm. Ether holders will finally be able to stake their savings, which will not only help them make extra profit, but will also make a positive impact on the Ethereum economy in general.

Validator nodes will be introduced. These nodes are going to receive Ether rewards and then re-invest it back in their business.

Sharding, a proposition aimed to solve the eternal scalability problem of Ethereum, suggests dividing one big database and dealing with smaller parts that work a lot faster. Shards will facilitate their own chains of transactions and Ethereum accounts will be tied to shards, so they can also transact with one another within one shard.

This is how Vitalik Buterin explains the shard system:

“Imagine that Ethereum has been split into thousands of islands. Each island can do its own thing. Each of the islands has its own unique features and everyone belonging on that island, i.e., the accounts, can interact with each other and they can freely indulge in all its features. If they want to contact with other islands, they will have to use some sort of protocol.”

At the moment, the existing version of Ethereum Virtual Machine processes transactions one by one and Ethereum nodes are responsible for processing the transactions and storing them on the blockchain. But Proof of Stake, as well astute  execution of parallel transactions via sharding, require some fundamental changes. The team of Ethereum developers are working on creating a new type of virtual machine called eWASM.

eWASM development is still in its early stage, but it is a crucial component for the upcoming transition that will save the current functionality and at the same time make the network more advanced in terms of speed and overall performance.

Recently, there have been talks about the possible fixed supply of coins for the Ethereum network. Right now there is no limit for issuing Ether and the general economic policy is unclear. Last year, on April’s fool day, Vitalik Buterin proposed a half-serious idea of a hard cap of 120 million. Although the idea didn’t gain too much traction, theoretically it could solve two problems at once and fight centralization and inflation. And that, in turn, could be a substantial reinforcement for the price of Ether.

Will Ethereum be an investment of the decade? There are a lot of ifs and buts that make it difficult to answer. The road to Serenity is still quite long and it will take a couple of years until the main components are implemented and what is more, no ideal model has been approved yet.

The reassuring breakthrough of the DeFi field got the hopes high and the Ethereum community is waiting for techie innovations that will give the price of Ether a long-awaited boost.

Opinions of analysts are, as usual, divided ranging from the less than $100 to $10,000 per Ether. The current bullish trend, however, inspires a certain amount of optimism. At the end of the day, only the time will tell. 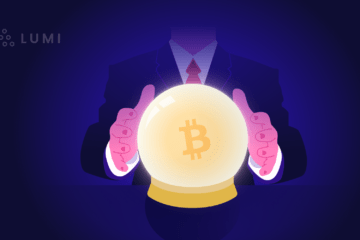 What happens to Bitcoin price in 2020? Will Bitcoin go up or down? What do the crypto experts think of it? Let's find it out! 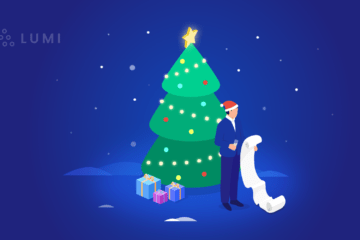 Crypto Highlights of 2019: What Happened in the Blockchain Space

What were the most significant events of 2019 in the cryptocurrency and blockchain space? Read the summary in our new article. 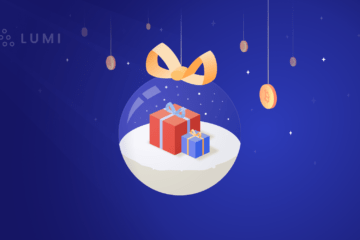 Seasonal greetings from the Lumi Wallet team and 2019 in review. What have we accomplished?