Someone may say that it’s boring to follow the crypto market, but he definitely does not know about Mr. Goxx. This trader earned 30% in three months, beating the yield of Warren Buffett and S&P 500. And this trader is a Hamster. In June of this year, the owner and “business partner” of a hamster named Mr. Goxx built a special cage with sensors connected to an Arduino Nano. The business-minded rodent has a trading office attached to his regular cage. Every day, when he enters the office, a livestream starts on Twitch, and his Twitter account lets followers know: Mr. Goxx has started a trading session. Inside the cage, there is a “wheel of intentions” which, after running through, the Hamster chooses one of 30 cryptocurrencies and two tunnels of “decision-making” — through one Hamster buys a coin for €20, through the other he sells the entire position. Thanks to random decisions, Hamster’s portfolio grew by 29% in less than three months — from $390 to $498. On Monday, before the market correction, Mr. Goxx’s assets were $580.

Amazing? And we will say it is also incredible and charming.

With the naked eye, you can see that the crypto market is now undergoing a serious correction. But for several weeks now, investors have not yielded to bullish positions. For example, co-founder and managing partner of “Thoma Bravo” Orlando Bravo invested in bitcoin and expects the price to rise along with widespread adoption of the cryptocurrency. He announced this during the CNBC Delivering Alpha conference.

Also, the well-known trader and blogger PlanB is still holding firmly to his positions and expects a large increase in BTC by the end of the year. We remind you that he predicts a rise in the price of bitcoin to $100k.

The author of the bestseller “Rich Dad, Poor Dad” and entrepreneur Robert Kiyosaki predicted “a giant stock market crash in October.” But he will still HODL Bitcoin.

Something else? Of course! Crypto Differ presented the top 15 decentralized applications (DAPPS) by user activity over the past 30 days. The leader is PancakeSwap with 3 million users, almost 6 times more than the closest pursuer of Alien Worlds, and more than the first 12 DAPPS combined!

Also, the global crypto market cap is $1.90, down 8% from last week. Alongside this uncertainty, the week was full of exciting and positive news related to both El Salvador’s adoption, and Twitter’s implementation of the Bitcoin Lightning Network.

The sell-off comes alongside continued pressure on the industry from regulators, a sell-off in the equities markets, challenging conditions in Chinese debt markets, and yet another Bitcoin ban in China.

Another sign of a bearish mood – transaction counts have indeed declined since May, returning to what could be considered a “bearish on chain activity channel”. According to Glassnode, transaction counts are currently at around 175k to 200k transactions per day which are similar to levels seen in the 2018 bear market.

The number of new participants in the BTC market has almost not changed, even decreasing. Now, long-term holders are holding the market. The question is, will they be able to hold the line and provide enough support when buying?

Soon, commissions in Ethereum can be paid with ERC20 tokens. Vitalik Buterin proposed an update, thanks to which services will be able to pay commissions on behalf of their users. Plus, an update to the Ethereum 2.0 network called Altair will take place on October 27th. The developers are integrating the EIP-2982 proposal, which will define node inactivity penalties and other violations to ensure the economic sustainability of Ethereum 2.0. Altair will also allow developers to test the upgrade mechanism on the mainnet before more major changes, including before the merger of Ethereum 2.0 with the existing network on Proof-of-Work.

Now let’s move on to the main news of the week!

Dennis Lynch also added that at the current stage, Bitcoin is showing signs of antifragility — it only benefits from chaos, since it occupies a small part in investors’ portfolios and can grow very quickly, even if something goes wrong.

This is all the news, for now. We will continue to keep you informed of all the main events of the crypto market. This article is for informational purposes only and does not provide any financial advice. Stay tuned to our wallet, enjoy the usable interface and transaction security, and check back for updates and news on Twitter, Telegram, Facebook, TikTok and LinkedIn. Let’s learn the cryptocurrency market together step by step! 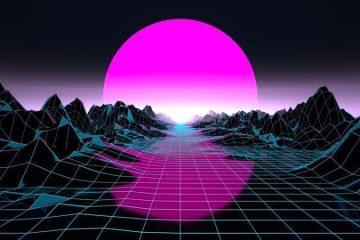 Introduction This week, even in the farthest corners of the planet, a bullish roar was heard – and for a reason. Bitcoin reached a new ATH of $67k. And every trader or analyst has already Read more…

The Course of Cryptocurrency Development in 2021

Only halfway through the year and it’s already been insane! But what about the crypto market? Did it manage to tough it out? 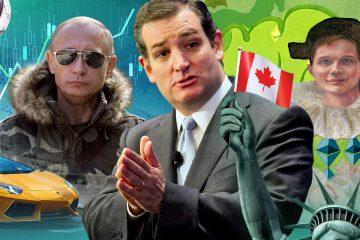 Table of Contents IntroductionBitcoin price analysisEthereum price analysisTOP CRYPTO NEWS Introduction The week was truly bullish. The main news of the week is Bitcoin. The new bullish roar is being heard in every news feed Read more…