Time to take stock. There wasn’t any incredible news this week. And this is good even, the market has had time to recover, and traders and experts in cryptocurrency are already studying new signals. After Sunday’s drop this week to $30k, Bitcoin had already reached the $40k mark on Thursday. The second cryptocurrency also failed to shine. On Sunday, Ethereum fell to the level of early April, when it began to grow rapidly. Right now, ETH is worth $2,600. Almost the entire market is marking time, the number of stablecoins is steadily growing, and the increase in their capitalization has allowed Tether to rise to the 3rd spot on the Coinmarketcap.com chart.

Speaking of the market situation, Whales took advantage of the collapse in Bitcoin prices last week and bought approximately 77,000 BTC. Twitter is filled with motivational posts, and every rich person considers it their duty to speak out in a positive tone. The author of the best-selling book “Rich Dad, Poor Dad” believes that the current collapse of Bitcoin is an excellent opportunity to buy, especially for those who previously could not afford it.

Another example is billionaire Ray Dalio, who admitted to owning bitcoin. The billionaire sees an inflationary future in which “cash will become trash,” and Bitcoin will become an actual store of value and will be used to diversify gold. “I would prefer Bitcoin over bonds,” he said.

And now we are ready to review the top news of the week.

1. Remember how Elon Musk said that bitcoin is harmful to the environment? The question is now being considered from all angles. First, Elon Musk and Michael Saylor organized a private meeting with American manners on renewable energy. The meeting results have not yet been announced, but the billionaires are already actively covering their intentions on social networks.

Well, the last thing on the topic of ecology and cryptocurrency was expressed by the co-founder Ethereum – Vitalik Buterin. He said that the long-awaited shift to “proof-of-stake” could solve environmental woes.

2. A former Trump adviser plans to invest up to $ 1.5 billion in cryptocurrencies. Back in 2018, Carl Icahn said that cryptocurrency is “ridiculous”, and added that “he is too old for this”. Now the billionaire openly declares his interest in Ethereum, as it can be used both as a payment system and a means of saving money. Bitcoin in this regard is just a means of saving money.

Icahn also questions the intrinsic value of the dollar compared to cryptocurrency: “Well, how much is the dollar worth? Its only value is that you can use it to pay taxes.”

3. The US state of Nebraska has signed a law allowing state-owned banks to store cryptocurrency. In the meantime, Gov. Jared Polis wants Colorado to accept crypto for state taxes. These are not the first states that are on the path to adopting cryptocurrency.

4. That cannot be said about some individual countries. Iran has imposed a complete ban on cryptocurrency mining until September due to excessive energy consumption. And the State Duma of the Russian Federation adopted a law on penalties for hiding funds in electronic wallets.
5. A bit of art and architecture. This news is even 2-in-1. In New York, there’s a plan to build a “Blockchain Tower”. The building will include a wireless network. Anyone within a certain radius of the tower will have access to the blockchain, regardless of their cellular compant or Internet provider. The tower will also incorporate the “world’s largest NFT museum,” dedicated to digital art tokens.

6. And the last news for today, One of the largest banks in the world, Goldman Sachs, has recognized cryptocurrencies as an asset class in a new report. 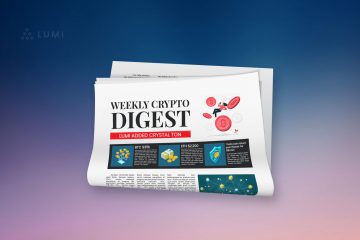 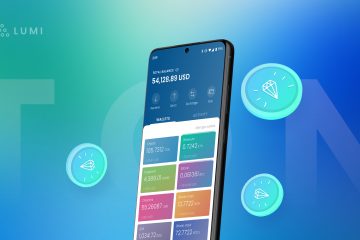 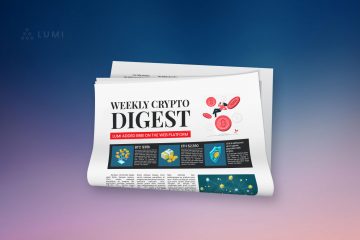