Once again, we are happy to announce that the week has come to an end! Let’s start with the positives! Lumi has two major pieces of news that you shouldn’t miss. First, you can get your own crypto wallet by becoming a partner with Lumi. Secondly, there is now a nice bonus for those who not only like to dream, but also like to make them a reality. In Lumi, you can start saving up for a Tesla. A great tracker for your future purchase!

Every week, the tension in the market is growing at an incredible rate. Please read about the highlights below in our compilation! Let’s go!

1. Bitcoin has broken through $57k, and the capitalization of the first cryptocurrency has reached $1 trillion. Twitter and Reddit are buzzing. Now there are no more bear and bull camps. Bets have moved to a new level. Who will orchestrate the next pump for Bitcoin? Michael Taylor or Elon Musk? Our social media poll showed that everyone is waiting for more explosive tweets from Elon Musk. We will follow the CEO of Tesla closely next week. His focus on cryptocurrencies is fantastic.

2. Three more cryptocurrencies have risen over the past week. Ethereum broke the historical high on Saturday, and its value reached $2k. BNB unexpectedly jumped in price by more than 100%, and MarsCoin by 3,600% after Elon Musk’s comments. The CEO of Tesla said that it is possible to create its own cryptocurrency, which caused another wave of growth in the crypto market.

3. Lumi introduced the White Label Crypto Wallet program. Now anyone can enter the cryptocurrency market with a high-quality product. Within two months, Lumi’s team created a secure wallet with a unique design for Via Technologies partners.

4. Christies, the world’s oldest fine art auctioneer, is set to offer its first fully digital work of art. Following the success of digital artist Mike Winkelmann (known as Beeple) on the platform Nifty Gateway, Christie’s announced it would auction a work by Beeple, Everydays: The First 5000 Days, in a stand-alone sale which will run from Feb. 25 to March 11. While Beeple’s work is the first fully digital work to be auctioned by Christies, it is not the auction house’s first blockchain-related auction. Robert Alice’s “Block 21” sold at Christie’s as a physical version of the accompanying NFT that was included in the sale.

5. Coinbase exchange announced the Ethereum 2.0 stack with a reward of up to 7.5% per annum. The waiting list for the ETH2 stack at Coinbase is already open in all US states except Hawaii and New York. This upgrade will do away with proof-of-work mining in favor of staking. Typically, you need 32 ETH to run a validator node for Ethereum’s new blockchain, but Coinbase will allow their users to stake any amount of ETH in their account.

6. The Portuguese will be able to pay electricity bills with bitcoins. Portuguese electricity supplier Luzboa plans to add bitcoin payment support for 5,000 customers. This was reported by the local newspaper Expresso. The company’s president, Pedro Morales Leitao, said that he is aware of the volatility of digital assets but is ready to take some risks for the sake of using a new means of payment. 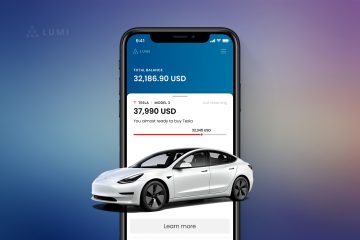 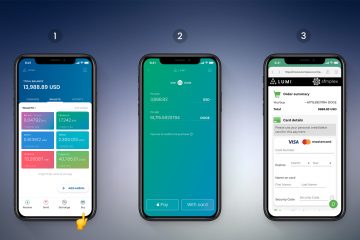 How to buy Dogecoin in Lumi Wallet

Dogecoin, famous for its origin and rapid growth, is now available for LUMI purchase. We have received dozens of emails asking us to add this feature to our wallet. You can purchase the second most Read more…